Pete Tong confirmed as Musical Director for A Lost Weekend! 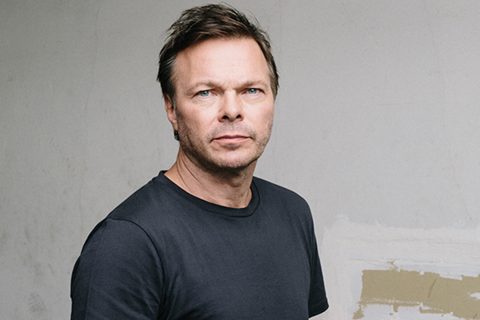 The rich text element allows you to create and format headings, paragraphs, blockquotes, images, and video all in one place instead of having to add and format them individually. Just double-click and easily create content.

How to customize formatting for each rich text

Headings, paragraphs, blockquotes, figures, images, and figure captions can all be styled after a class is added to the rich text element using the "When inside of" nested selector system.

Twenty years on from the 1999 cult classic, a brand-new immersive adaptation of Human Traffic is coming to London’s Printworks with 18 shows running between 22nd May – 13th June and the first wave of the line-up for the series has just been announced.

Ringing true with the original film, Pete Tong has been confirmed as Musical Director for the project and will kick off the series with a bang by headlining the red carpet opening night on 22nd May, along with very special guests Boys Own Productions, Farley & Heller, X-Press 2, Alison Limerick Live, DJ Aphrodite and some very special guests who will be announced soon.

Speaking about his involvement, Pete explains:

“As the original music director of the film, I am delighted to return to the same role for the live experience. This film has stood the test of time because all the emotions and feelings we have, that excitement before a night out tracks that keep us on the dance floor and then wanting to do it all again come the next weekend, it hasn’t changed.”

Phase 2 of the line-up is due to drop very soon and promises not to disappoint at all!

Some of the biggest brands in dance music and underground culture have also been revealed to host the series including Clockwork Orange, Perfecto, award winners Hip Hop Brunch London, Rompa’s Reggae Shack, Rinse presents AKA Orange, Promised Land and The House and Garage Orchestra.

Curated by a team of established names within the music, theatre and live event sectors and committed to producing a truly unique show with immense production values, CEO & Founder Deborah Parsons and producers Philip Burgin and Julian Stoneman have appointed Kim Gavin as Artistic Director of the Human Traffic Live show. Kim is widely known for his portfolio of works, including being Creative Director of the closing ceremonies of the London 2012 Olympic Games & opening and closing of London 2012 Paralympic Games. Global phenomena Joe Crossley will also join the team. Joe, a TED talk regular on digital art forms, has been selected as Digital Art Director following his iconic work for The Man at Burning Man festival and Arcadia’s Pangea at Glastonbury.

Subculture personality Ron Elliston sits as trusted consultant to the production. Nick Stevenson Managing Director of Wasted Talent (Mixmag – Kerrang! – The Face) has also been supporting the production since its early planning stages. Alon Shulman, author of the

‘The Second Summer of Love: How Dance Music Took Over the World’, is acting as special advisor to the production.

This show ‘will turn Hare Krishna into a bad-boy’!